More and more apps are now using SafetyNet API with their apps. Google has offered this API to all developers so that they can check whether the device has modified system files or not. And, that is why apps like Android Pay or Pokemon Go won’t work on your rooted phones.

Not just the rooted phones but if you have custom ROM installed then chances are there that the system files are already modified. However, if you have rooted Redmi Note 3(MIUI 8) with SuperSU then you can switch to Magisk Manager to get systemless root with the following steps.

Before starting with the following steps, make sure that you have rooted your Redmi Note 3 with SuperSU and a ZCX TWRP is installed on it. If you have not rooted then check my guide to flash ZCX TWRP on it because TWRP is a must. And, then move to step 3. 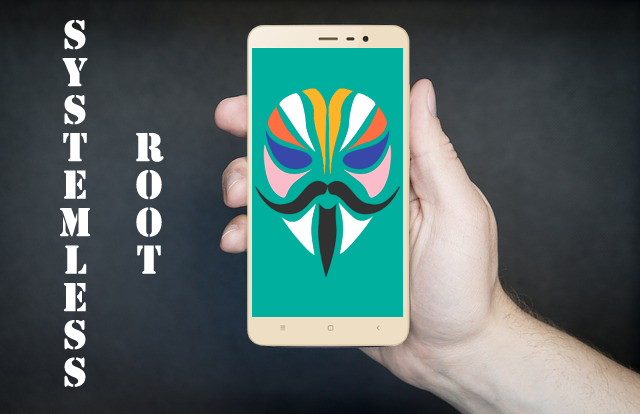 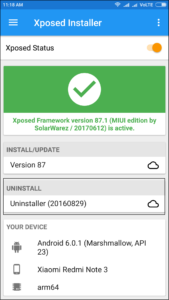 Step 2: Go to SuperSU app settings and fully unroot your device. Click on “full unroot” and then check the following options. In the last screen, click “NO” where it asks you to uninstall TWRP. 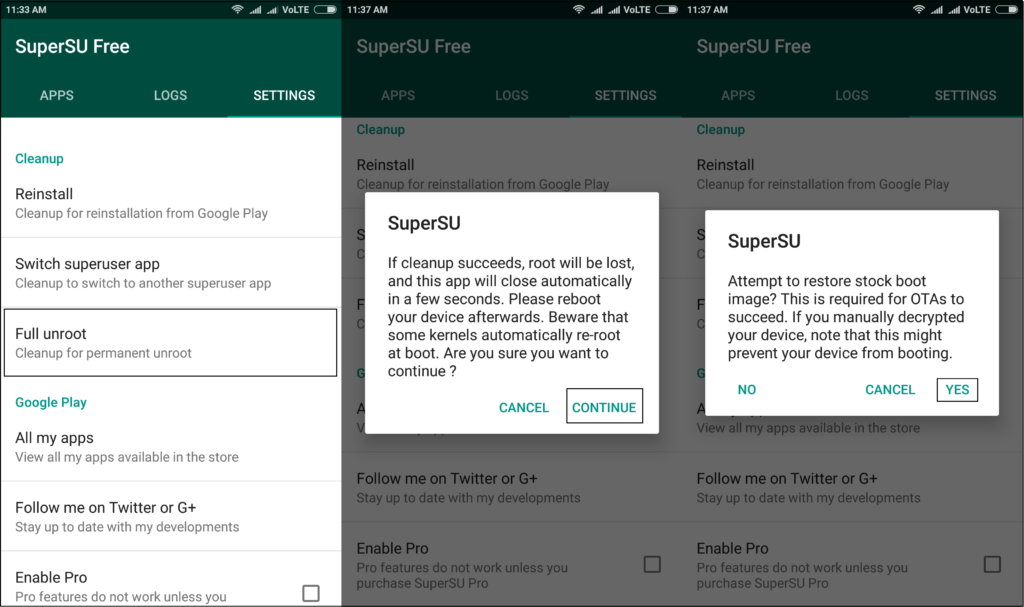 Step 3: Download the latest Magisk ZIP from the XDA thread here and flash it from TWRP.

Step 4: Clear the cache and reboot system from TWRP.

Step 5: Install Magisk Manager from the above thread if it is not already installed.

Step 6: Go to Magisk Manager settings and turn on the toggle for “Magisk Hide” and “Systemless hosts”. 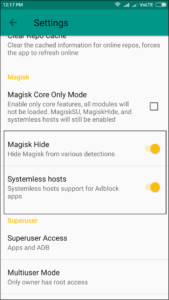 Your Redmi Note 3 has now got systemless root. You can go ahead and run the SafetyNet test from the Magisk option. If the latest Magisk version fails to pass SafetyNet test then you can install Magisk module called “Universal SafetyNet Fix“. You can now hide root from any app using Magisk Hide option.

Further you can go ahead and install Xposed Framework on systemless rooted Redmi Note 3. However, since both Xposed and Magisk is under development, you may not be able to completely pass SafetyNet test yet.

You can use this magisk edition of Xposed Framework on Redmi Note 3. However, if any module is altering system files then SafetyNet test may not pass. So instead of this, you can use Magisk modules which can provide you the same mods in a systemless way.

You can now use systemless root with any app that requires root. However, some of the apps may still not pass SafetyNet tests Magisk Manager is still under development. So keep the update notification option ON to stay updated with the latest versions.